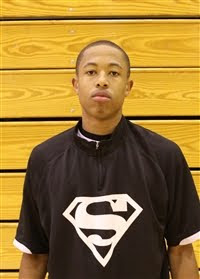 One of the top unsigned point guards remaining has made his decision.

Chris Denson, from Shaw High School (Ga.), is set to sign with Auburn this week.

White also said that location and the dribble-drive-motion offense were the main factors in Denson’s decision.

Although he had mid-major interest for awhile, it was no surprise that he ended up going to a major-conference school.

“He wants to get to the highest possible level, and I think some of the big schools are waiting to lose out on some other recruits,” White said in April. “There’s other situations with the mid-majors, but I think he’s waiting on the high-majors.”