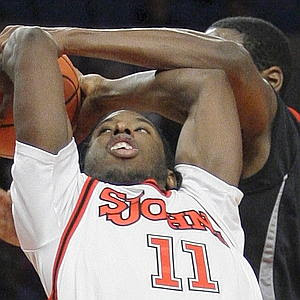 A day after Omari Lawrence officially announced his decision to leave St. John’s, the 6-4 guard has a handful of schools showing interest.

Lawrence informed the NBE Basketball Report that he has been contacted by Clemson, Xavier, George Washington, Virginia Tech and Rhode Island.

No visits or a final list has been decided, though.