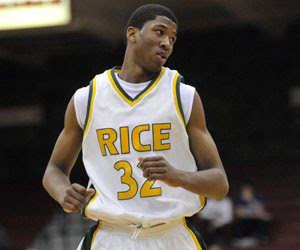 It looks like the Kadeem Jack recruitment saga has finally come to a close.

After finalizing his list to four schools, Jack chose to take a prep year, then decided to reopen his recruitment after North Carolina and Kentucky began to show interest. Now, though, he has made his final choice.

“South Kent,” Jack said in a text message Tuesday, referring to the prep school in Connecticut that has been a destination for many New York natives in recent years. “I just need to work on things before I go into that [college] atmosphere.”

With his decision out of the way, Jack is ready to focus on the summer circuit. The 6-8 forward from Rice High School (N.Y.) will play with the New England Playaz for AAU, starting this weekend at the Bob Gibbons Tournament of Champions in North Carolina.