Defense has been the key for Providence 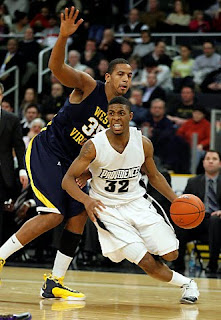 A season ago, Providence struggled through a 12-19 campaign in which the Friars lost their final 11 games.

Keno Davis’ troops ranked next-to-last in the country in scoring defense, giving up an eye-opening 82.2 points per game. They also ranked No. 321 in field-goal percentage defense, allowing teams to shoot 47.1 percent.

Expectations weren’t much higher this season, as the Friars lost their two top scorers from last year, Jamine Peterson and Sharaud Curry. Moreover, with an influx of freshmen, the defense did not seem primed to improve.

Surprisingly, though, Providence currently sits at 9-1, a record that includes a double-digit win over Rhode Island.

The team defense has been the key so far. Opponents are scoring 65.3 points per game against the Friars, and shooting just 38.8 percent from the field. The Friars also rank No. 50 in effective field-goal percentage.

“[People underrated us because of our] youth,” Council said, “but we’re working hard.”

Brooks and Council are providing most of the offense, while first-year players Gerard Coleman and Kadeem Batts have made immediate impacts.

Although the Big East is tough top-to-bottom, Providence could surprise some people if it continues to lock down on the defensive end.