Felix gets release from Duke 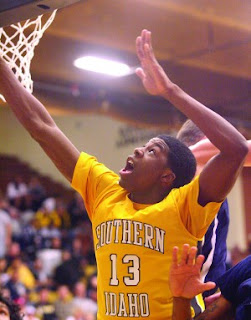 However, Coach K will still have a goose-egg in the JC column, as the 6-6 Felix has decided to open up his recruitment. He asked for his release this past weekend.

“With Kyle Singler coming back, he saw less of an opportunity to play,” College of Southern Idaho head coach Steve Gosar said.

Reports swirled around Monday that Felix did not make the cut academically at Duke, but Gosar denied those rumors.

“He’s going to be fine,” Gosar said, adding that Felix received his release this morning from Duke.

He said that he doesn’t want to speculate as to when Felix finally made his decision, but did say that he and Felix spoke this weekend about the situation.

“Everything sort of went down this weekend,” Gosar said.

As for the next step, Gosar said plenty of schools have been contacting Felix since the news, but there is not a list of possible destinations just yet.

“We’re just trying to see who has a scholarship,” he said. “There were about 30 different schools, Carrick weeded a few out that he’s thinking about.”

Depending on the school he chooses, Carrick is ready to make an immediate impact at the major-conference level.

“He’s a really long, athletic wing that is good in transition; he can get out and finish at the rim,” Gosar said. “He’s definitely a guy whose conditioning is unbelievable.”