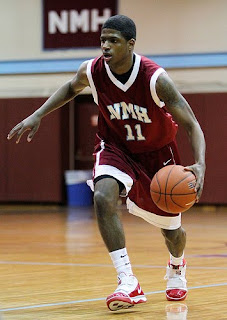 After making an immediate impact in the class of 2010, new Seton Hall coach Kevin Willard picked up his first 2011 commitment on Sunday, as Northfield Mount Hermon (Mass.) guard Aaron Cosby chose the Pirates.

“They have been recruiting me the hardest over the past couple months,” Cosby said on Sunday. “My family and I had a stronger comfort level with the staff and the 2011 class will be a big class for that program, and they see me stepping in and playing right away.”

Cosby, a 6-foot-3 point guard originally from Kentucky, took a visit to the South Orange, N.J. campus this weekend and came away impressed.

“Every coach on staff has been with me and my family throughout the entire visit,” he said.

“I’m just going to be ready to contribute for my team as soon as I get there,” he said.