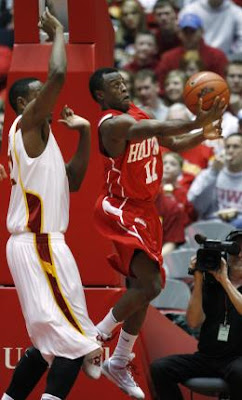 Houston transfer Desmond Wade announced his decision to play for the Stags, a source close to the program told me Monday morning.

According to the source, Wade visited last week on June 2-3 and made his decision today.

“He had over 160 assists at Houston this year,” the source said. “He will be a ball-handling, decision-making guard for us. [He will] contribute immediately after he sits out.”

Boston College, Rutgers and La Salle were among the many schools that expressed interest in Wade since his transfer in early May.