McAdoo withdraws from school; is UNC next? 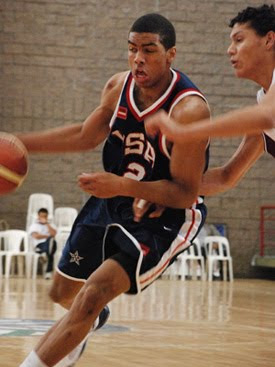 It was first reported last week that top-five 2011 recruit James McAdoo was considering graduating high school a year early in order to enroll at North Carolina in the fall.

Now it appears that McAdoo and his family are clearly leaning in one direction, as a source at Norfolk Christian (Va.) informed me Monday morning that McAdoo had withdrawn from the school.

“That’s why it doesn’t make sense that coming back would be an option,” the source said. “If so, you would simply leave him enrolled and then if things change for him to leave early for UNC, withdraw him at that time. Now as it stands, he isn’t enrolled anywhere.”

McAdoo, a 6-foot-8 forward who has been running with Boo Williams on the AAU circuit this spring, is still not able to enroll at North Carolina, as he has classes to complete in order to be eligible.

“As far as I know, he needs only an English class to be eligible for a GED to enroll at UNC,” a school administrator said. “He still would need English and Government to graduate from Norfolk Christian.”

With Ed Davis leaving early for the NBA Draft and Travis and David Wear transferring to UCLA, the Tar Heels obviously need help down low. Alabama transfer Justin Knox will help, but McAdoo’s athleticism and length would give North Carolina a difficult match-up up front.

For now, though, McAdoo’s future is up in the air – or is it?

“No final decision will be made until the end of this month or early July,” a source at Norfolk Christian said. “We are moving forward as if James will not be back next year due to them withdrawing him from NCH.”