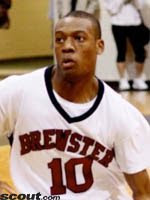 Everyone knew there would be fallout from Pat Skerry’s decision to leave Providence for an assistant coaching position at Pittsburgh.

Tharpe, a 5-11 point guard who runs with the New England Playaz for AAU ball and attends Brewster Academy (N.H.), committed to Providence in March, choosing the Friars over Boston College, UNLV, Wake Forest and others.

However, once Skerry left, Tharpe decided to reevaluate the situation.

“That had a part in his decision,” Smith said.

Expect plenty of schools to get involved in his recruitment this time around, as he will become the leader and veteran for Brewster next season.