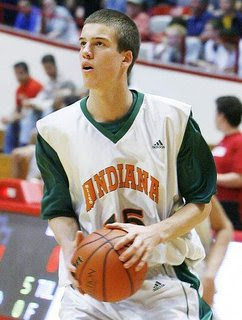 A report on the Asheville Citizen-Times website on Tuesday stated that 2011 prospect Marshall Plumlee had narrowed his list to three schools: Duke, North Carolina and Virginia.

However, Plumlee denied the report, saying he is still open and has not trimmed his possible destinations.

“At this time, I’m still evaluating schools with my family, no narrowed list yet,” Plumlee told me Tuesday afternoon.

Christ School (N.C.) head coach David Gaines was the one who gave the quote to the paper.

“I’m a little concerned about that report because, at this point, I haven’t made a public statement about my list nor authorized a statement by my coach,” Plumlee said. “As of right now, that report is false.”

When I spoke with Plumlee at the Bob Gibbons Tournament of Champions in late May, he listed Notre Dame, Indiana, Minnesota, North Carolina State, Ohio State, Purdue, Michigan, Northwestern, Duke, Virginia, Florida and LSU. Reports indicate that North Carolina could offer him before the end of the summer.

Plumlee, a 7-foot forward who runs with Team Indiana Elite on the AAU circuit, is the younger brother of Mason and Miles Plumlee, who both play at Duke.