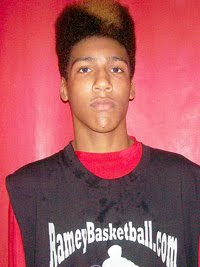 Cameron Biedschied blew up at the NIKE Hoop Jamboree in the spring, going from a mid-major prospect to a player with plenty of high-major interest.

Biedschied took advantage of the notoriety in a major way on Thursday, ending his recruitment by committing to Notre Dame.

“It’s a great school and they want me do a lot for them,” the 2012 prospect told me via text on Thursday.

He said Notre Dame impressed him when he visited the campus two weeks ago.

"I can see myself playing there,” Biedschied told IrishIllustrated.com at the time.

Now everyone will get to see the Show Me State star in South Bend.