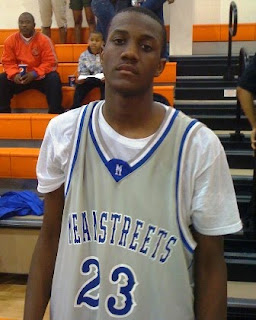 St. John’s came into the class of 2011 with at least nine scholarships to hand out, and head coach Steve Lavin is utilizing that to the fullest.

The Red Storm nabbed yet another commitment over the weekend, with Chicago guard Phil Greene popping for the Johnnies.

“It’s a good fit for me,” Greene said Monday. “They play up-tempo, which I like to play. They are in the Big East, which is the best conference, and I get to come in and play right away.”

The 6-foot-3 Greene said he was recruited to play the point guard position, which he has been playing full-time at IMG Academy (Fla.) this season.

“Once we play together for awhile, we are going to be really good,” Greene said.