After a wild week that saw 14 top-25 teams fall and several other just escape with wins, it’s time for another jam-packed week of college basketball. The questions that surrounded many teams after non-conference play are beginning to be answered as teams around the country attempt to separate themselves from the pack in their respective conferences. This week will answer a few more of those questions. 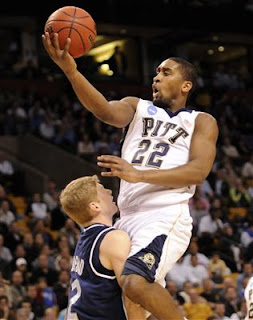 No. 7 Villanova at No. 10 Connecticut: Not getting as much pub as Syracuse and Pittsburgh, but the battle between Kemba Walker and the ‘Nova guards will be good.

No. 21 Kansas State at No. 15 Missouri: Both of these teams had up-and-down weeks, and it will be interesting to see if Kansas State makes it a half-court game.

Charleston at Chattanooga: The last two undefeated teams in the Southern Conference, Chattanooga is sitting at 6-0; NCAA sleeper Charleston is 5-0.

Fairfield at Rider: Rider suffered a tough loss on Friday to Iona, but the Broncs are still only one game behind Fairfield, which was upset at Loyola (Md.) on Friday.

No. 4 Syracuse at No. 5 Pittsburgh: Arguably the biggest game of the season thus far in terms of ranking implications. ‘Cuse star forward Kris Joseph is likely out.

No. 3 Kansas at Baylor: This game would be more interesting had Baylor not lost to Iowa State Saturday. Still, the Bears have the size to pose a problem for the Jayhawks.

Michigan State at No. 16 Illinois: Illinois went 0-2 last week and is having problems between Jereme Richmond and Bruce Weber; is Mich St. turning it around?

Colorado at Nebraska: Colorado is one of the hottest teams in the country, with seven straight wins. Nebraska suffered a couple of tough losses last week.

Tennessee at No. 24 Georgia: Tennessee finally got back on the right side with a win over Vanderbilt, while Georgia got the best of its road problems by winning at Ole Miss.

No. 8 Kentucky at Alabama: Alabama is getting no attention, but the Tide have some talent and are undefeated at home. Kentucky is still the SEC favorite. 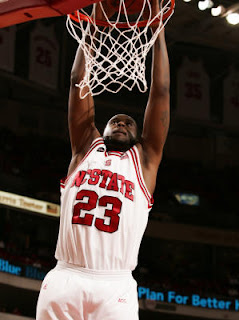 Memphis at Southern Miss: Conference-USA is still completely up for grabs, and these were the two teams I pegged at the outset as the main contenders at the top.

No. 25 Cincinnati at No. 9 Notre Dame: Both teams had road trouble last week, with Cincy losing at Syracuse and Notre Dame falling to Marquette and St. John’s.

St. John’s at No. 18 Louisville: Louisville had one of the best comebacks of the season against Marquette, while St. John’s picked up a nice win over Notre Dame.

Florida State at Miami (Fl.): Florida State backed up its win over Duke with a nice win over NC State, but now the ‘Noles go on the road. Miami beat BC by one on Saturday.

No. 14 Texas A&M at No. 12 Texas: This one could be fun. Texas A&M is one of the most underrated teams in the country, while Texas dominated last week. Both teams play tremendous defense, so it will come down to who makes shots. 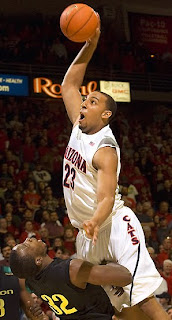 Mississippi at Vanderbilt: Mississippi has been a disappointment in SEC play, starting 0-3. Vanderbilt needs to bounce back from its three-point loss at Tennessee.

Virginia Tech at Maryland: With North Carolina falling apart, the second spot in the ACC is still up for grabs. Neither of these two can seem to close out a game in the final minutes.

Arizona at No. 17 Washington: The two best teams in the Pac-10 meet for the first of two times. Arizona doesn’t have UW’s guards, but UW doesn’t have anyone to guard Derrick Williams. Is Justin Holiday up to the task?