Although the top few this year have separated themselves from the pack and a few league leaders look like favorites in their respective leagues, parity around the rest of the country is in abundance. One night, a team looks outstanding and a lock for the NCAA Tournament (more often than not, the game was at home), and the next it looks like a borderline NIT team (more than likely, this game was on the road). As a result, it makes nearly every game between potential contenders in conference play a key game. This weekend features several of those types of games, as well as other contests between teams in need of wins — it’s never too early to start thinking about the bubble. In other words, this weekend is huge in college basketball — and I guess it’s kind of big in the NFL too. So, basically, you never have to leave your couch. 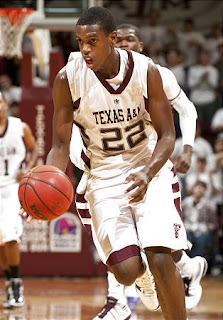 Marquette at No. 18 Louisville (Saturday, 11:00 AM): Battle between a couple of second-tier teams in the Big East. Marquette looked outstanding against Notre Dame this week, while Louisville fell to Villanova. Prediction: Louisville 77, Marquette 70

No. 25 Cincinnati at No. 4 Syracuse (Saturday, 12:00 PM): Cincinnati finally lost last weekend to end its undefeated season; Syracuse is still without a loss. The Orange better not be looking ahead to Monday. Prediction: Syracuse 73, Cincinnati 60

Vanderbilt at Tennessee (Saturday, 12:00 PM): Tennessee badly needs a win, especially after its home loss to Florida. A great match-up to watch will be between forwards Tobias Harris and Jeffrey Taylor. Prediction: Tennessee 79, Vanderbilt 75

No. 15 Missouri at No. 14 Texas A&M (Saturday, 1:00 PM): What a contrast in styles between these two. Missouri likes to get up and down, while A&M prefers a grind-it-out, half-court game. Who will win the tempo battle? Prediction: Texas A&M 68, Missouri 63

Maryland at No. 7 Villanova (Saturday, 1:00 PM): A random non-conference game mixed in this weekend. Maryland nearly beat Duke on the road last week, while ‘Nova continues to rack up wins in the league. Prediction: Villanova 84, Maryland 74

No. 16 Illinois at No. 20 Wisconsin (Saturday, 3:00 PM): Both teams suffered disappointing losses on Wednesday, with Illinois falling to Penn State, while Wisconsin blew a late lead to Michigan State and lost in OT. Prediction: Wisconsin 58, Illinois 51

No. 9 Notre Dame at St. John’s (Sunday, 12:00 PM): A rematch of last weekend’s game, where Notre Dame destroyed St. John’s. Will we have a repeat? The Johnnies need to corral Ben Hansbrough and the Irish shooters. Prediction: St. John’s 76, Notre Dame 69

No. 8 Purdue at West Virginia (Sunday, 1:30 PM): Don’t expect too many fast-break points in this one. Purdue lost on Thursday to Minnesota, while West Virginia is starting to turn its season around, with three straight wins. Prediction: Purdue 63, West Virginia 61 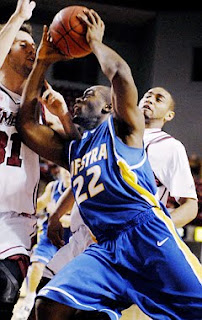 Iona at Rider (Friday, 7:00 PM): Both teams are 4-1 in the MAAC, just one game behind Fairfield in the standings. Rider has been a surprise in the league, while Iona and Mike Glover are looking like a legit contender. Prediction: Rider 81, Iona 76

Old Dominion at Hofstra (Saturday, 4:00 PM): The preseason favorite against the current leader. Old Dominion’s defensive style will face a tough test in Hofstra’s Charles Jenkins, one of the top guards around. Prediction: Hofstra 70, Old Dominion 68

No. 23 UCF at Southern Miss (Saturday, 5:00 PM): Who is the favorite to win Conference-USA? After UCF’s loss last week to Houston and Memphis’ struggles, no one knows. The winner of this will have a say. Prediction: Southern Miss 72, UCF 69

Oakland at IPFW (Saturday, 7:00 PM): Oakland was expected to have competition in the Summit – just not from IPFW. However, the boys from Fort Wayne are 5-1 in the league, with the lone loss coming last weekend. Prediction: Oakland 83, IPFW 76

Dayton at Xavier (Saturday, 8:00 PM): Neither team has the requisite at-large profile at this point, but both can continue to expand its resume. Because of both teams’ bad losses, a loss here could prematurely end any bubble hopes. Prediction: Xavier 73, Dayton 70 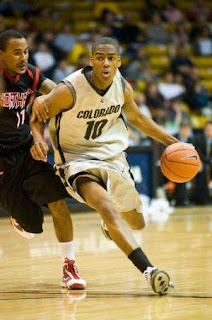 Nebraska at No. 3 Kansas (Saturday, 2:00 PM): Nebraska is better than a lot of people think, but Kansas is too good at home to get involved in a close game. With that said, they’ve had some close wins on the docket lately. Prediction: Kansas 75, Nebraska 62

No. 24 Georgia at Mississippi (Saturday, 5:00 PM): Georgia beat Kentucky last weekend, but still hasn’t proven it can win on the road. Ole Miss fell to Mississippi State at home on Thursday and will be looking for a victory. Prediction: Georgia 76, Mississippi 74

Baylor at Iowa State (Saturday, 6:00 PM): This could be a barometer game for both teams. Baylor has been beating up on bad teams the mpast couple of weeks, while Iowa State has to prove it can beat the top half of the Big 12. Prediction: Baylor 73, Iowa State 71