Carson refutes report, has no leader 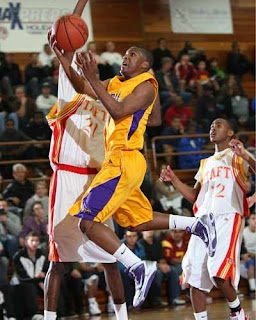 After decommitting from Oregon State right before the spring AAU season, Jahii Carson has seen his recruitment skyrocket to new levels.

The 5-foot-10 Mesa (Ariz.) point guard has been outstanding for the Compton Magic in AAU tournaments during the spring and summer, and has also impressed at various camps.

With new interest comes increased media coverage, though, and Carson now has to refute incorrect rumors. A report earlier in the week stated that Carson had named UCLA as his leader.

Carson, however, denies it.

Carson said simply mentioning the Bruins first led some to believe he had named them as his frontrunner.

“Probably because I said UCLA first before all schools, and then I talked about their tradition,” he said.