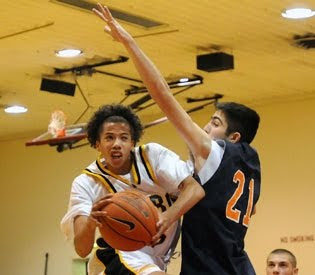 NORTH AUGUSTA, S.C. – Annually, the best event of the summer is the NIKE Peach Jam – a collection of 24 of the best NIKE-sponsored AAU teams in one spot. This year, it took on added importance, as it was the culmination of a four-event tournament that spanned three months and four cities. The top 20 teams from the Elite Youth Basketball League in Hampton, Va., Houston and Los Angeles joined four wildcard teams and headed to the Riverview Park Activities Center in North Augusta, S.C. In other words, the best event got even better. Throw in a U-16 division with 16 of the best teams in the country, and the Peach Jam continued to stand above the rest.

Below is our look at some of the opening day standouts and some detailed recruiting lists and updates from many top players of note, which included a pair of future Big East players (Michael Carter-Williams and Tyrone Johnson) going for at least 40 points in one of their two contests and Joe Coleman of Howard Pulley racking up the points and giving NBE his latest recruiting update.