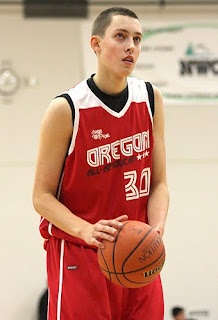 NORTH AUGUSTA, S.C. – The finals of the inaugural NIKE Elite Youth Basketball League at the NIKE Peach Jam continued on Tuesday, as the 24 teams battled to finish in the top two spots in each group, which are the only places to advance. By the end of the day, only two teams – Team Takeover DC and the Oakland Soldiers – were undefeated, but plenty of clubs were still in contention for a playoff berth. Surprisingly, the regular-season champs, the NJ Playaz, were only 2-2 through two days and are unlikely to advance. Howard Pulley and Each One Teach One, also pool winners, are both 1-3. The heated competition to finish in the top two led to a great day two of action.

There are evals of players such as Mikael Hopkins, Amir Williams, Kyle Anderson, Anthony Davis, George Fant, AJ Hammons, Jevon Thomas and more along with recruiting updates from Trey Burke, who lists a top three, Jarnell Stokes, James Robinson, Justin Anderson, Jerami Grant, Kevin Johnson, who has two leaders, and many, many more from Day Two of the Nike EYBL championship pool play.