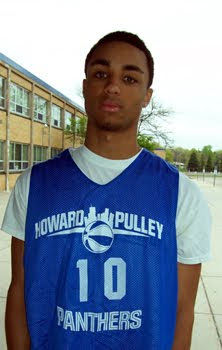 Onlookers who watched Howard Pulley play at the Peach Jam last week likely saw a recurring scene over and over: Joe Coleman driving to his right and finishing at the rim.

“I hope it would have [raised my stock] but if it didn’t, I’ll just work that much harder so people notice,” he said.

It seems that a few schools did have an eye on Coleman, though, as he picked up offers from Seton Hall and Iowa State since then. Northeastern and Colorado also began showing interest. Prior to the event, he had offers from Minnesota, Santa Clara and Colorado State, with interest from Texas A&M and USC.

Coleman plans to take a trip to Iowa State in early August.

“I don’t know much about them so I guess I’ll just have to wait and see,” he said.