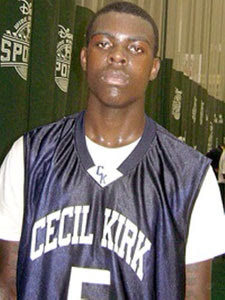 When Durand Johnson announced that he trimmed his list recently, it appeared that it would only be a matter of time before he made his commitment.

Not surprisingly, Johnson committed to Pittsburgh on Monday – a school he had named as his favorite for almost one year.

“It was just a great fit for me, all-around,” Johnson said in a text message.

Johnson, a 6-foot-6 shooting guard from Baltimore who will play at Brewster Academy (N.H.) next season, chose the Panthers over Louisville, St. John’s, Marquette, Cincinnati and UNC-Wilmington.

“I can bring a major impact in scoring the ball,” said Johnson, who also mentioned that head coach Jamie Dixon and assistant Pat Skerry were excited about the commitment news.