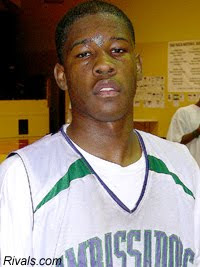 A surprising bit of news came out last week when it was announced that LSU freshman K.C. Ross-Miller, along with senior guard Bo Spencer, would be ineligible to play for the Tigers in 2010-11 due to academics.

It now looks like Ross-Miller is moving on from the situation, as the 6-0 point guard will transfer to Florida International. He will sit out the upcoming season before becoming eligible in 2011-12.

According to Miller, his son chose the Golden Panthers over North Texas, UTEP, Tulane, Nevada and Louisiana Tech.