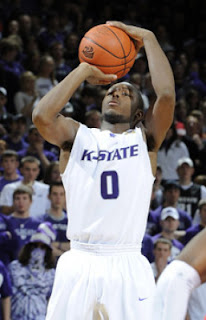 The Big 12 Conference came into last season projected to be the best league in the country, and it lived up to all its expectations – although some of its teams failed to justify the individual hype. Kansas ran away with the league title, starting 13-0 before falling to Oklahoma State on February 27, after the league was already out of reach. Behind the Jayhawks were three times tied at 11-5: Kansas State, Baylor and Texas A&M. Missouri was 10-6, while Texas and Oklahoma State were 9-7. Seven teams were locks for the NCAA tournament heading into Selection Sunday, and five of them ended up getting to at least the second round. Kansas was a disappointment in the Big Dance, but Kansas State and Baylor both reached the Elite Eight. It should be a tremendous conference race this season.