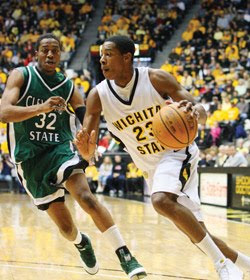 Usually, the Missouri Valley Conference has several teams grouped at the top of the league at the end of the season, with at least two or three in bubble and at-large consideration. Last season, not so much. Northern Iowa won the league by three games despite losing two of its final four conference contests. Wichita State finished in second, struggling down the stretch. Illinois State and Creighton finished third and fourth, and only two teams in the league finished below .500 overall. In the conference tournament, the Panthers won their three games by an average of nearly 16 points per game. Once they reached the Big Dance, they defeated UNLV and then pulled off a monumental upset of Kansas before losing to Michigan State. Will they repeat? There should be a much more competitive league race this season.