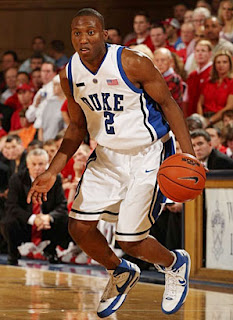 With two weeks, including the always-entertaining 24-hour ESPN marathon, under our collective belts, opinions are starting to form about various teams across the country. Although the season is still very young, every game matters come Selection Sunday – and this week has several games we might look back at in March.

Gonzaga vs. Kansas State (Monday): Both teams are looking to prove something in this one, with Gonzaga losing last week to San Diego State and Kansas State struggling against Presbyterian. It will be interesting to see how Curtis Kelly does in his first game back from suspension.

Marquette vs. Duke (Monday): Duke will be the heavy favorite in this one, but don’t sleep on Marquette. The Golden Eagles have a match-up nightmare in Jimmy Butler and several solid perimeter players. A freshmen battle at the point between Kyrie Irving and Vander Blue will be fun.

Old Dominion vs. Xavier (Monday): The finals of the Paradise Jam will be an interesting battle. Old Dominion played Georgetown tough before losing, and beat Clemson by one yesterday. Xavier has dealt with injuries and other problems, but it found a way to beat Seton Hall on Sunday.

Maui Invitational (Monday – Wednesday): While not as loaded as the past couple of years, it is still one of the perimeter tournaments. The best first-round game is Wichita State vs. Connecticut, but Michigan State, Kentucky and Washington are also in the field. Will be competitive.

Butler at Siena (Tuesday): Two of the best mid-major programs in the past several years, but both are down this season. Siena has struggled somewhat, while Butler was blown out at Louisville last week. I’m interested in seeing how scoring machine Clarence Jackson fares against Butler’s Ronald Nored.

CBE Classic Championship/Third-Place Game (Tuesday): If Kansas State and Duke win their respective semifinal battles, we will have a title game between two top-five teams. If that’s the case, then a semifinal match between Gonzaga and Marquette is also a top-notch game.

Cancun Challenge (Tuesday – Wednesday): It’s not a loaded field, but there is the potential for a competitive game in the championship of the “Riviera Division” if La Salle and Missouri advance. La Salle played Baylor tough, and Aaric Murray could prove to be a tough match-up for Missouri. 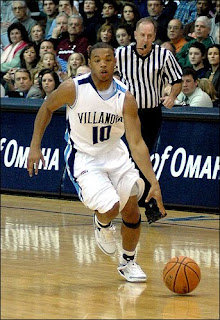 Villanova vs. UCLA (Wednesday): One of the semifinals of the NIT Season Tip-Off. Villanova rolled past Marist and Boston University, while UCLA handled Pepperdine and Pacific with relative ease. It will be interesting to see if Malcolm Lee plays; without him, UCLA could struggle on the perimeter.

VCU vs. Tennessee (Wednesday): The other NIT Season Tip-Off semifinal. VCU blew out Winthrop and Wake Forest to advance to New York, while Tennessee struggled in close wins over Belmont and Missouri State. VCU is one of the CAA favorites, and they have a chance to take down the Volunteers.

Great Alaska Shootout (Wednesday – Saturday): This should be St. John’s tournament to lose. The only other team that could take them down is Arizona State, who will face a tough semifinal game against Big Sky favorite Weber State. It’s not a loaded field, but there are some intriguing storylines.

Georgia at Notre Dame (Thursday): Don’t be surprised if both of these teams are on the bubble come Selection Sunday. Georgia has struggled so far this season without star big man Trey Thompkins, although they’ve pulled out some close wins. Notre Dame is rolling, led by Ben Hansbrough.

76 Classic (Thursday – Sunday): Don’t overlook this tournament. A semifinal match-up between Murray State and UNLV could pit two of the best non-BCS teams in the country against one another. On the other side, Virginia Tech is the favorite to get to the title game, but the Hokies have question marks.

Old Spice Classic (Thursday – Sunday): Georgia – Notre Dame is the best first-round game in the event, although Temple, Wisconsin and Texas A&M are all teams with a chance to make the NCAA Tournament. A match-up between Temple and Wisconsin in the championship game will feature Jon Leuer vs. Lavoy Allen.

NIT Season Tip-Off Championship/Third-Place Game (Friday): I’m predicting that Villanova knocks off UCLA and Tennessee defeats VCU, so there are some interesting potential match-ups. Both ‘Nova and Tennessee have plenty of perimeter talent, while UCLA and VCU are two more possible NCAA teams. 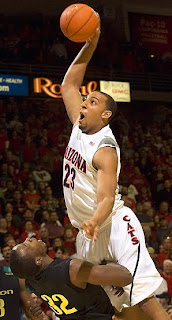 Arizona at Kansas (Saturday): Kansas won’t have Josh Selby yet, so Arizona has a chance to knock off the Jayhawks. Derrick Williams is one of the most underrated players in the country, and the Wildcats are playing well right now. Williams against Marcus Morris will be a great personnel battle.

Legends Classic Championship (Saturday): The Legends Classic wasn’t the best field of the preseason tournaments, but Syracuse vs. Georgia Tech or UTEP could be an intriguing championship game. However, the bottom line is that neither team has the frontcourt to compete with the Orange.

Florida at Florida State (Sunday): A big-time in-state battle. Florida was blown out in the second half by Ohio State last week, but bounced back with a win over Morehead State. Florida State won each of its first four games by between 20-25 points. Chris Singleton has been an absolute stud so far.