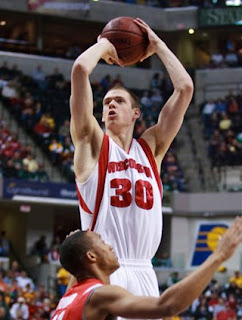 UCLA vs. VCU: VCU had some momentum heading into its game against Tennessee, but fell late in the second half. UCLA has had some injury problems, but the Bruins have options across the board. Prediction: UCLA 76, VCU 71

Villanova vs. Tennessee: This will come down to the guard match-up. Tennessee has received inconsistent perimeter play, while ‘Nova has some of the best guards in the country, led by Corey Fisher. Prediction: Villanova 76, Tennessee 68

Michigan vs. Syracuse: Simply put, Michigan won’t be good this season. With that said, Darius Morris and Tim Hardaway Jr. have been solid. Syracuse’s Rick Jackson has been dominant so far. Prediction: Syracuse 75, Michigan 60

Temple vs. Georgia: Both teams suffered disappointing losses last night, but this one should be good. Lavoy Allen and Trey Thompkins will do battle down low, while Travis Leslie and Juan Fernandez are very good on the perimeter. Prediction: Temple 70, Georgia 63

Ohio vs. Kansas: Ohio knocked off Georgetown in last year’s NCAA Tournament, and the Bobcats have the pieces to scare Kansas. D.J. Cooper needs a big game for Ohio. The Morris twins will be tough for Kansas. Prediction: Kansas 84, Ohio 71

Saint Mary’s vs. Texas Tech: Despite the loss of Omar Samhan, Saint Mary’s is 5-0 with Mickey McConnell leading the way. Texas Tech has been solid on the perimeter, but they need more from Mike Singletary. Prediction: Saint Mary's 81, Texas Tech 72

UNLV vs. Murray State: Two of the best non-BCS teams in the country, both could be in the second-round come March. UNLV is loaded across the board, while Murray State is balanced and plays great defense. Prediction: UNLV 73, Murray State 66