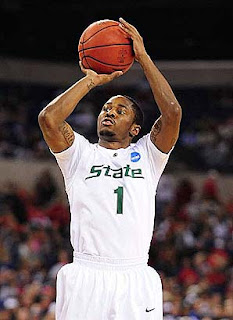 The Big Ten Conference was expected to be a top-heavy league last season, with several teams in the mix for at-large bids. It certainly fulfilled the first part of that prediction. Four teams finished within one game of each other at the top of the standings, with Ohio State, Purdue and Michigan State all tying at 14-4 and Wisconsin going 13-5. After that, Illinois and Minnesota finished at least .500, with no one else going better than 7-11. Illinois was relegated to the NIT, but the Big Ten received five bids to the NCAA Tournament. Purdue and Ohio State both reached the Sweet 16, while Michigan State reached the Final Four before losing. This year, the Big Ten might be the best conference in the country.