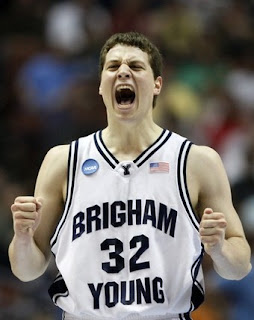 The Mountain West Conference had a great campaign last season, finishing No. 7 in the RPI and getting three single-digit seeds into the NCAA Tournament. Moreover, it had a fantastic race for first-place, as New Mexico had to go into BYU and knock off the Cougars in the next-to-last game of the season in order to win the MWC outright. The Lobos finished 14-2, with BYU going 13-3. UNLV and San Diego State each went 11-5, with no one else finishing above .500 in the league. The conference tournament saw the top two seeds get knocked off in the semifinals, with San Diego State defeating UNLV in the title game. The top four teams reached the NCAA Tournament, with BYU and New Mexico advancing to the second round. Expect another great race with the top four.