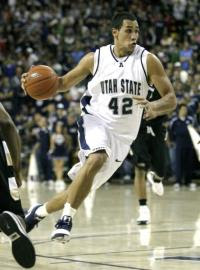 The WAC was an interesting conference heading into last season, with a couple of favorites in Utah State and Nevada, but plenty of teams with the talent capable of making a run at first-place. While several teams did take their best shot at the top of the standings, Utah State thwarted every threat in the final two months of the season, winning its final 15 games to roll to a league championship at 14-2. Nevada and New Mexico State tied at 11-5, while Louisiana Tech faded down the stretch to fall to 9-7. The conference tournament brought the WAC two bids, as Utah State advanced to the title game, but fell to New Mexico State. Both USU and NMSU lost in the first round. Those two will likely be at the top of the league again.