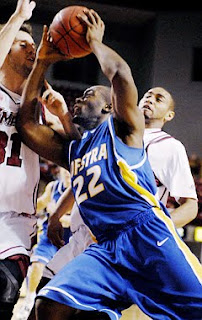 The Colonial Athletic Association is always one of the most interesting conferences to watch during the season. The teams are fun to watch and the competition is second to none. Last year, the regular season was nothing short of fantastic, either. Seven teams finished with double-digit league wins, with Old Dominion edging out Northeastern by one game, finishing 15-3 in CAA play. William & Mary and George Mason finished tied for third, with VCU, Drexel and Hofstra behind them. A competitive conference tournament ensued, with top-seeded Old Dominion sliding past VCU in the semifinals and then defeating William & Mary in the title game. In the Big Dance, ODU defeated Notre Dame in the final seconds before falling to Baylor. Another great season is in store for the CAA.