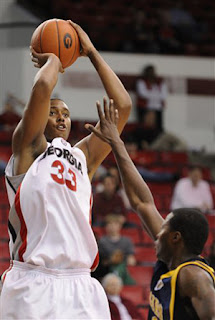 After two seasons ago, in which the SEC only received two at-large bids – and no seeds higher than a No. 8 – the league looked it would be on the upswing last season season. Preseason top five Kentucky, top-25 teams in Ole Miss, Tennessee, Mississippi State and threats in Vanderbilt, Florida, South Carolina, etc. Much improved, right? Eh, not so much. Kentucky rolled to a conference title, going 14-2, but Vanderbilt and Tennessee were the only other conferences team to finish better than 9-7 in the SEC. Florida was the only of the bubble teams to get a bid from the SEC, as Mississippi State failed to get a bid despite making a run to the conference tourney final. Vanderbilt and Florida were gone in the first round of the Big Dance, while Tennessee and Kentucky both reached the Elite Eight. The league should be interesting at the top this season.