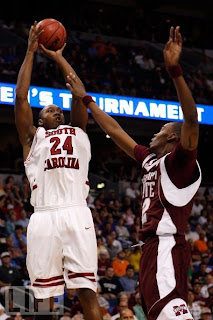 The Big South Conference featured a fun conference race last season, with Coastal Carolina holding off preseason favorite Radford down the stretch. Coastal started off with six straight league wins, and finished with another four in a row, while Radford was never able to fully recover from a 7-4 start, ultimately finishing second. Winthrop lost its final two league games to drop to third, with three other teams finishing above .500. In the conference tournament, Winthrop hit its stride, eventually knocking off Coastal Carolina its home gym in the title game to get to the NCAA Tournament. The Eagles were granted a berth in the play-in game, falling to Arkansas-Pine Bluff. Coastal Carolina could look to take the next step this season.