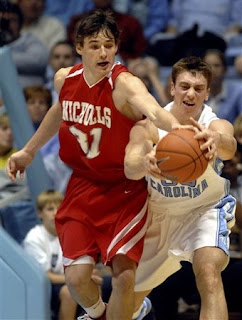 The Southland Conference did not have much of a league race all season, as Sam Houston State jumped out to an 11-0 start and never looked back. The Bears lost two league games, both in overtime, and finished three games ahead of East Division champion Stephen F. Austin. Southeastern Louisiana and Texas A&M-Corpus Christi both finished 10-6, while Texas-San Antonio and Texas State were the only other teams to finish above .500 in SLC play. SHS had a couple of scares in the conference tournament before beating SFA by 16 in the title game. Once in the NCAA Tournament, Sam Houston State hung with Baylor all game, as the Bears needed an 8-0 run down the stretch to clinch the win. The league could open a bit this season.