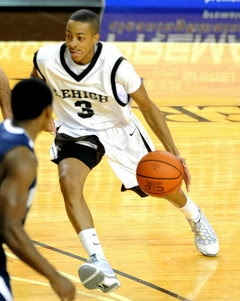 The Patriot League featured a great race for the conference title, with Lehigh finishing in first place, just one game ahead of Bucknell and two ahead of Lafayette. Lehigh and Bucknell faced off in the next-to-last game of the season, with Lehigh winning by 22 to essentially take the league championship. Lafayette was in the mix at the midway point, but went on to lose five of its last eight games to drop to third. Lehigh had no trouble in the conference tournament, winning three games by nearly 19 points per game. After taking an early lead and hanging in for about a half, the Mountain Hawks would falter in the second half against Kansas in the NCAA Tournament. There is no clear favorite this season, so we might be headed for another photo finish.