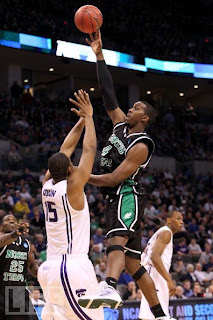 Wow. That’s the only way one can describe the regular season race that the Sun Belt experienced last season. Three teams tied for the league title at 13-5, while Western Kentucky finished one game back, at 12-6. Arkansas State went 11-7, and three more teams went 10-8. In the end, Troy won the tiebreaker over Middle Tennessee State and West Division champ North Texas for the No. 1 seed in the conference tournament. The conference tournament, not surprisingly, was wide-open. Eventual champion North Texas won the tournament, despite winning their three games by an average of just over four points per game. The Mean Green fell to Kansas State in the NCAA Tournament. Expect another wide-open race this season.