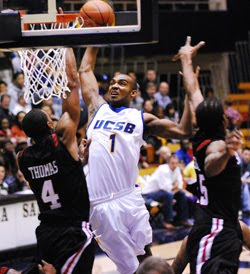 Does the Big West ever produce a season that isn’t entertaining with a tight race for first-place? Last year was no different, as UC Santa Barbara and Pacific finished in a tie at the top of the standings, with both teams going 12-4. By virtue of UCSB sweeping Pacific, the Gauchos got the first seed in the conference tournament. After those two, there was a drop off to spots three through five, as Long Beach State, Cal State Fullerton and UC Davis each finished 8-8. In the conference tournament, UCSB defeated Long Beach State in the title game – might we see a rematch for a championship this season? Ohio State defeated UCSB in the first round, but the Gauchos are looking to win a game this season.