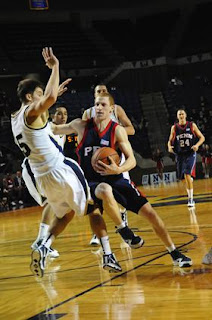 The Ivy race was never really in doubt last season. Cornell was the heavy favorite heading into the season, and the Big Red cruised to a league title, finishing 13-1. Princeton was 11-3, but the league was essentially decided when the Tigers lost by three to Cornell in late February. With no conference tournament, Princeton did not have a chance to enact revenge after two three-point losses to the Big Red. In the NCAA Tournament, Cornell made a great run to the Sweet Sixteen, knocking off Temple and Wisconsin by a combined 31 points before losing to Kentucky. The Big Red lose several key pieces, potentially opening the door for another team to take the crown.