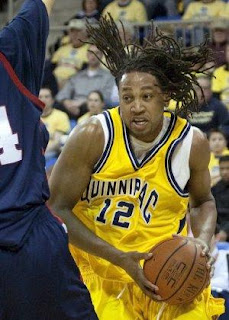 The Northeast Conference had an excellent finish to the season, with Quinnipiac and Robert Morris finishing in a tie for first place. Quinnipiac made up the ground late in the year, with Robert Morris dropping two of its final three games, including a home defeat to the Bobcats. Quinnipiac started the season 1-1, but went on to win 15 of its last 17 overall. Third-place Mount St. Mary’s played the best basketball in the league down the stretch, winning 10 in a row after starting 2-6. The conference tournament was a battle between first and second, with Robert Morris emerging as the champ after beating Quinnipiac by two on the Bobcats’ home floor. In the NCAA Tournament, Robert Morris took Villanova to the wire and nearly pulled the upset, but ended up falling short. Can the Colonials take the next step, or will someone else step up?