Ever since Carmelo Anthony led Syracuse to a National Championship in 2003, every freshman has looked to "Carmelo-ize" a team or program. Kevin Durant and John Wall put forth dominant freshmen campaigns, but they couldn’t lead their respective teams to titles. This season's crop of newcomers is loaded with players that are going to have step in immediately and have an impact. It is likely, however, that someone not on this list is going to have a huge effect on his new team. That's just how it is; you can't predict what freshmen are going to do. (Note: Players aren’t in a ranking format—it’s just a listing.) 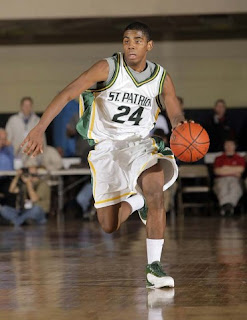 Brandon Knight, Kentucky: Will take over full-time point guard duties immediately, but he is a great scorer.

Josh Selby, Kansas: If he is cleared to play, look for him to become one of the best scorers in the country.

Joe Jackson, Memphis: Slightly undersized, but he will be one of the most entertaining players around.

Cory Joseph, Texas: One of my favorite players in the high school ranks, Joseph can make plays at both ends.

Phil Pressey, Missouri: He is perfectly suited for the Tigers’ “40 Minutes of Hell” system; he gets up and down in a blur.

Ryan Harrow, North Carolina State: He has swagger and athleticism that will help in the ACC.

Vander Blue, Marquette: Might not start immediately, but he has great size and plenty of talent for the position.

Juwan Staten, Dayton: Look for Staten to take over the starting point guard duties from day one for the Flyers.

Ray McCallum, Detroit: Along with Trey Ziegler of Central Michigan, he turned down big-time schools to play for his father. 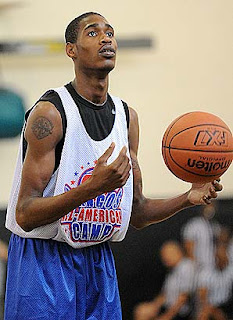 Will Barton, Memphis: Recently was cleared to play this season, and will become one of the best scorers in C-USA.

Dion Waiters, Syracuse: Explosive combo guard who can get to the rim on anyone and is a dynamite finisher.

J.T. Terrell, Wake Forest: Has never met a shot he didn’t like, and that will help for a depleted Deacons’ squad.

Doron Lamb, Kentucky: Should start immediately next to Brandon Knight, and will be consistently underrated.

Terone Johnson, Purdue: There is a chance he will start in a three-guard alignment; he brings instant offense.

K.T. Harrell, Virginia: The Cavaliers need some perimeter offense this season, and Harrell should fit that role.

Terrence Ross, Washington: Has plenty of players in front of him at UW, but he came on strong his senior year. 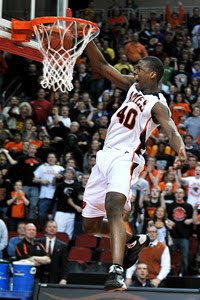 Jereme Richmond, Illinois: Instantly one of the Illini’s best playmakers because of his scoring and passing ability.

Keala King, Arizona State: One of the most versatile freshmen in the country, King is a smooth playmaker.

Rod Odom, Vanderbilt: An underrated forward, Odom can score in a variety of ways and create match-up problems.

Cameron Clark, Oklahoma: Clark is adept at creating his own shot and has a very solid mid-range game.

Jelan Kendrick, Memphis: Can play a variety of positions, but needs to work on his perimeter shot.

Travis McKie, Wake Forest: McKie has deep range and is a very smart player. Will need to play immediately.

Jamail Jones, Marquette: An impact player at both ends of the floor, Jones is a physical player who is improving.

Mychal Parker, Maryland: Parker is an aggressive performer who gets into the lane and finishes with ease. 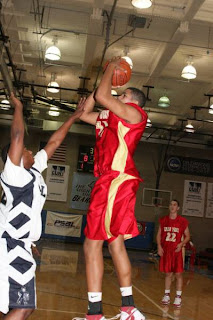 Terrence Jones, Kentucky: A very versatile forward, Jones is adept at making plays at both ends of the floor.

Tristan Thompson, Texas: Thompson has a long wingspan and is a very good defender. Is improving offensively.

Renardo Sidney, Mississippi State: Sat out last season, but will play this year and should make an immediate impact.

DeShaun Thomas, Ohio State: One of the toughest scorers and rebounders in the country, he will be overshadowed by Jared Sullinger.

Nate Lubick, Georgetown: The Hoyas are a little unproven at power forward, and Lubick brings a unique skill set.

Dwight Powell, Stanford: Powell brings an inside-outside game to the Cardinal; he will be tough to defend.

Evan Smotrycz, Michigan: Another player who will create match-up problems due to his outside shooting ability.

Gilvydas Birutas, Rutgers: An under-the-radar player, look for Birutas to make a major impact for the Scarlet Knights. 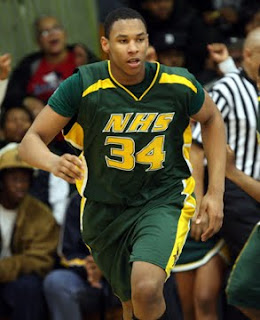 Jared Sullinger, Ohio State: Has a chance to be the best big man in the Big Ten; quite an honor for a freshman.

Enes Kanter, Kentucky: If he is cleared to play, look for him to be a top-five pick in next year’s draft.

Perry Jones, Baylor: Arguably the most talented freshman in the country, Jones needs to stay determined and focused.

Patric Young, Florida: Developed his offensive game as his career progressed, and now is one of the premier post players.

Josh Smith, UCLA: Had some weight and health problems during high school, but is as talented as anyone.

Meyers Leonard, Illinois: Some people tout him as future pro, but he will start out behind Mike Davis and Mike Tisdale.

Alex Kirk, New Mexico: A high-major player in the Mountain West, Kirk is a very good passer and can also board.

Tarik Black, Memphis: Black is an aggressive finisher and can get rebounds against anyone; fun to watch.