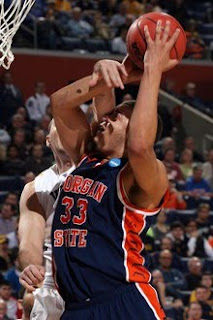 The Mid-Eastern Athletic Conference was Morgan State’s conference to lose from opening day last season, as the Bears got off to a great start and never looked back. They went 15-1, losing only at home to South Carolina State on Feb. 15. Delaware State came in second, four games back, at 11-5, with SC State going 10-6 and finishing third. Not surprisingly, Morgan State rolled through the conference tournament before falling to West Virginia in the NCAA Tournament. The Bears actually played the Mountaineers tough in the first half, but then struggled once WVU started hitting shots. Can MSU win a third straight title?