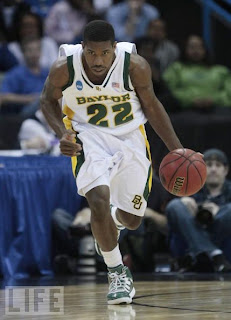 Baylor has most of the pieces needed for a deep NCAA Tournament run. The Bears have a loaded frontcourt with double-double forwards Quincy Acy and Perry Jones, and an All-American scorer in the backcourt with LaceDarius Dunn.

The biggest problem for them this season has been inconsistent play; the Bears are currently averaging more turnovers than assists.

A.J. Walton has been playing well at both ends of the floor so far, but he will need to shoulder more of the load for the next two months, as backup point guard Stargell Love is out six-to-eight weeks with a stress fracture in his left foot.

Love had been playing 16 minutes per game, distributing the ball effectively and providing depth.

Walton is averaging in double-figures, but he posted more turnovers than assists in three of the five games he has played this season. Now, he’s the only capable point guard on the roster – can he handle the pressure?