Rony Seikaly wants to take you on a journey 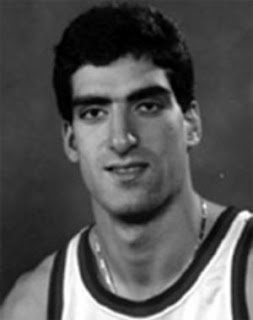 When planning your New Year’s Eve festivities this year, you might want to research where Rony Seikaly is performing.

Seikaly, a former star at Syracuse who played 11 seasons in the NBA, is beginning to make a name for himself “as an up-and-coming D.J.” at the age of 45.

He did not start seriously pursuing a DJ career until 2008, but now Seikaly mixes house music for fist-pumping partiers from Las Vegas, New York and Miami to Ibiza and Paris.

“It’s a passion,” Seikaly told The New York Times. “It’s a hobby. It’s a hobby on steroids because it’s no longer a hobby.”

It might seem like a mid-life crisis to some, but Seikaly has been frequenting the Miami club scene for several years and understands what it takes to be a successful nightclub DJ.

“As soon as you feel that connection to the crowd, then you know you’ve got them,” he said. “And then you can take them on any journey you want.”

Picture the guy in the above picture saying that -- you can't tell me that doesn’t sound like a good time.