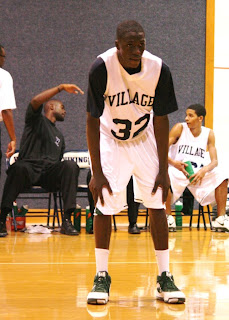 Of the five-star players in the class of 2012, the one getting the least amount of attention might be Wanaah Bail – primarily because scouts and reporters are having a tough time tracking him down.

Bail, a 6-foot-8 small forward from the Bahamas, attended Trent International last season, but had to transfer to Fort Bend Austin (Tex.) at the start of this year. However, after being ruled ineligible to compete in the Houston area, Bail and fellow high-major recruit Michael Carey had to move to Lamar Consolidated in Rosenberg, Texas.

“I like it a lot,” Bail said. “My classes are going great. My team [is] not so good but getting better as the season progresses.”

Despite all the transfers, Bail is still one of the most talented players in the country and has a school list to verify that.

“It’s going pretty good, and I am [enjoying the process],” Bail said.

He has taken two unofficial visits, to Houston and Oklahoma State. “They were both pretty good, I like a lot of things about both schools,” Bail said.

Even with the long list, Bail insists he has no favorites at the moment and has no more visits planned.

Whichever school gets the services of Bail will be getting a player who can make an impact at both ends of the floor.

“I have a nice post game, but not as good as my perimeter game,” he said. “Each day I’m adding a new move to my arsenal. I can shoot it long or mid, [and] I’m a high-flyer.”

An interesting aspect of his recruitment will be his aforementioned talented teammate, Michael Carey.

Both players are from the Bahamas and play their AAU and high school basketball together.

Carey is a versatile, 6-foot-4 point guard who is hearing from a number of high-major schools on his own. The two have talked about playing together in college.

In the end, major-conference coaches from across the country are hoping Bail chooses to end his non-stop journey at their program.

And they’re hoping he stays there.