Finals are behind us. College football’s regular season is behind us. Following an exciting weekend that saw five ranked teams lose to unranked squads, will this week be able to keep that momentum going? Despite a relatively “short” week until the weekend because of Christmas and Christmas Eve, there are still several quality contests to keep an eye on while wrapping those holiday gifts. 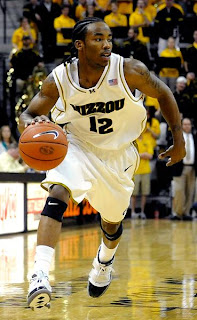 No. 22 UNLV at No. 6 Kansas State (Tuesday): A couple of teams that could really use a win to get back on the right track. UNLV beat Southern Utah on Saturday, but had lost to Louisville and UC Santa Barbara before that, while Kansas State is coming off a 44-point performance against Florida. Whose frontcourt will step up?

No. 22 Texas at No. 14 Michigan State (Wednesday): Both teams have been difficult to figure out all season. Texas has wins over Illinois and North Carolina, but also a blowout loss to USC. Michigan State is not playing like its typical self, although Tom Izzo-led teams are usually at its best late in the season.

No. 12 Illinois at No. 13 Missouri (Wednesday): A rivalry battle between two of the Midwest’s best teams. Some touted Illinois as a dark horse Final Four team, but a three-point loss to Illinois-Chicago brings that into question. Missouri has only an overtime loss to Georgetown keeping it from an undefeated campaign.

No. 10 Georgetown at No. 16 Memphis (Thursday): One team has been exceeded expectations, while the other is taking awhile to get going. Georgetown has looked like a legit Final Four threat, with some of the best offense around. Because of injuries, Memphis is playing with almost all new players – and it’s showed.

Diamond Head Classic: One last big-time tournament before we get into conference play. The semifinals and finals should be some of the best around, as we could see Butler vs. Florida and Baylor vs. Washington State. A Baylor – Florida State finale would feature some of the biggest and deepest frontlines in the country. 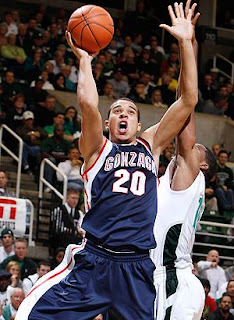 USC at No. 7 Tennessee (Tuesday): In its first game with Jio Fontan, USC almost went into Kansas and knocked off the Jayhawks. Tennessee is coming off losses to Oakland and Charlotte after winning at Pittsburgh last weekend.

Mississippi State vs. Washington State (Wednesday): Renardo Sidney’s debut had some highlights and lowlights, but Mississippi State still isn’t the same without Dee Bost. This is the best first-round game at the Diamond Head Classic.

Drexel at No. 5 Syracuse (Wednesday): Drexel was able to waltz into Louisville and defeat the Cardinals at the Yum! Center last week; can the Dragons do the same to Syracuse at the Carrier Dome? Don’t expect offensive fireworks.

Xavier at Gonzaga (Wednesday): Two of the best non-BCS programs of the past decade go head-to-head. Despite injuries and personnel problems, Xavier is still 7-2 and one of the favorites in the Atlantic-10. Gonzaga beat Baylor over the weekend.

Oakland at No. 2 Ohio State (Thursday): Oakland has played one of the nation’s toughest schedules the past couple of weeks, although it did beat Tennessee. Ohio State might be the best bet of anyone to make a run at Duke for the title.

Keep an Eye On 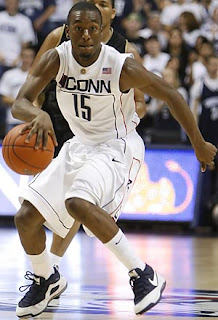 Morgan State at No. 5 Syracuse (Monday): Morgan State is the favorite in the MEAC, and they have thrown scares into major-conference teams before. Syracuse could have some trouble.

VCU at UAB (Tuesday): VCU has had some highlights this season, with a win over UCLA, but also a questionable loss to South Florida. UAB has a gaudy 8-2 record this season, and could compete in C-USA.

No. 16 BYU at Weber State (Tuesday): Two of the best scoring guards in the country will be on display in this intrastate game, as BYU’s Jimmer Fredette and Weber State’s Damian Lillard go head-to-head.

Stanford at Oklahoma State (Tuesday): Stanford got absolutely stomped by Butler over the weekend, and it will need to improve its offense if it wants to beat a 10-1 Oklahoma State playing its best basketball.

Harvard at No. 4 Connecticut (Wednesday): First of all, I’m not sure Connecticut is anywhere near the fourth-best team in the country. Secondly, Harvard has blown out Colorado and taken Michigan to the wire – look out, Huskies.

Dayton at Seton Hall (Wednesday): Both teams have been highly inconsistent this season, and can’t afford a loss if they still have at-large hopes. With that said, both teams might be in NCAA trouble already.

New Mexico at Colorado (Wednesday): New Mexico is sitting at 9-1 right now, with only a loss to California. Plus, it got UCLA transfer Drew Gordon over the weekend. Colorado has won five in a row since a 2-3 start.