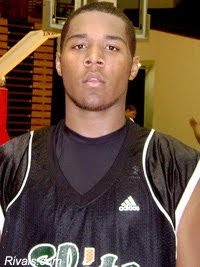 D’Vauntes Smith-Rivera seemed content when he committed to Xavier back in late October.

However, after only a few weeks, Smith-Rivera and his family started to rethink the decision.

“[It was] a little over a month before we started to talk about being uncertain,” his mother, Kelana Rivera, said. “Just felt like we’d rushed it a little. So over the past few weeks, we just continued to talk it out.”

A normally dull recruiting period over the holidays was spiced up with the news of Smith-Rivera’s decommitment on the Sunday after Christmas.

There was a reason for the timing, though.

“We thought about it just as his high school season started,” Rivera said. “But with the season getting underway, we didn’t want this to be a distraction to his team. So we gave it until Christmas break to be sure. With not many games, by the time they really resume, the newness of it will be done. His team can stay focused on what they need to do.”

When Smith-Rivera, a 6-foot-3 combo guard from North Central (Ind.), originally made his decision, he chose the Musketeers over Georgetown and Wake Forest, with Miami (Fl.) and Ohio State also in the running.

Expect plenty of new programs to enter the mix now that he is back in the market.

“The schools that were recruiting him before [are still involved] and we’re open to new schools as well,” Rivera said. “Xavier is still very much a factor.”

Schools have already begun to make Smith-Rivera a priority during his second trip through the recruiting process.

“There are some that weren’t as active in his recruiting before, that I guess plan to be now,” Rivera said.

She went onto pinpoint two schools getting an early start on his recruitment.

“Georgetown and Florida are two that will be there to watch his game this week,” Rivera said. “Georgetown was a factor before, but hadn’t been as involved as long or as much as X or some others.”

This time around, Rivera said her son isn’t looking for anything different – just a fresh perspective.

“[We] decided that he should go through the whole process and get to know more schools,” she said. “Just wants to take his time. And give himself the opportunity to get to know some other programs.”

Smith-Rivera had missed much of the summer and fall with a knee injury, but he has bounced back and picked up where he left off.

North Central is 5-0 with wins over teams featuring Marquis Teague, Jeremy Hollowell, DeJuan Marrero and Gary Harris. Smith-Rivera is averaging 30 points per game, but is still looking to improve his outside shot and explosiveness.

The injury has not hampered him one bit.

“We thought it would take him a little while to trust it and get his legs under him after being off five months,” Rivera said. “But he’s adjusted well.”